Posted on August 3, 2016 by Victoria Real Estate Board 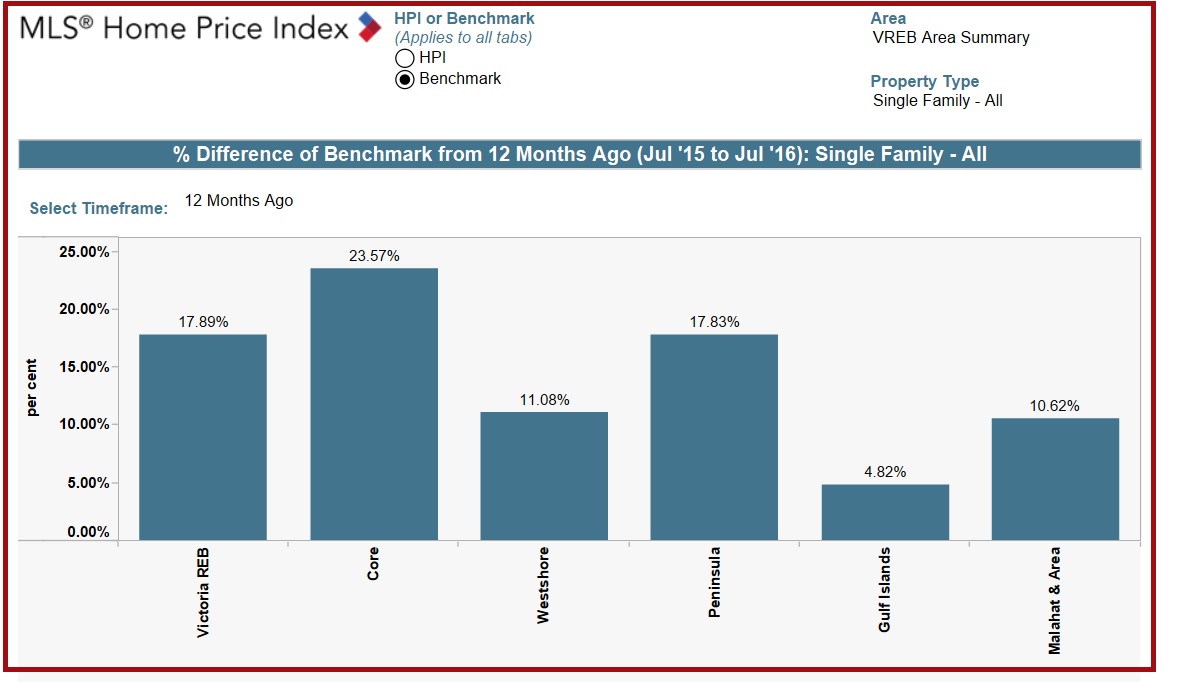 “Though we saw the seasonal slowdown that we expect this time of year, we had another record breaking month,” says Mike Nugent, 2016 President of the Board. “The last time we saw a July this busy was in 2009 when 933 properties sold.” Inventory levels remain lower than last year, with 2,161 active listings for sale on the Victoria Real Estate Board Multiple Listing Service® at the end of July 2016, 45 per cent fewer than the 3,942 active listings at the end of July 2015.

“Late last week the provincial government approved new legislation that may affect the real estate market in our area, though at this time we can only guess how a foreign investor’s tax in the Metro Vancouver region will impact sales here in Victoria,” adds Nugent. “Recent data released by the government shows that nearly ten per cent of property transfers in Metro Vancouver involved foreign nationals. This is part of the rationale for applying a fifteen per cent tax on transactions only in Metro Vancouver at this time. Does this mean international demand will spill over into Victoria and other areas of BC? We won’t know until we see the data.The Capital Regional District saw two per cent out of country buyers in the year of 2015. Although this is a small percentage of our buyers, anecdotally foreign buyers do tend to favour the same core neighbourhoods and therefore can have an impact on those areas.”