The Victoria real estate market’s return to balance not linear, but also not unexpected 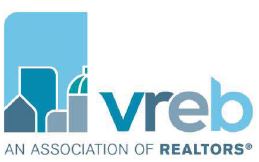 Posted on November 2, 2018 by Victoria Real Estate Board

November 1, 2018  A total of 598 properties sold in the Victoria Real Estate Board region this October, 9.9 per cent fewer than the 664 properties sold in October of last year, but a 12.2 per cent increase from September 2018. Sales of condominiums were down 15.5 per cent from last year in October with 180 units sold, but up 20.8 per cent when compared to September 2018. Sales of single family homes were down 14.7 per cent from 2017 with 289 sold this October, 1.4 per cent more than the previous month.

"We continue to see the housing market shift into a more balanced state, though the trajectory is not smooth," says Victoria Real Estate Board President Kyle Kerr. "This month had slower sales compared to last year and a slightly lower level of inventory coming into the market, but it also had an increase in sales from last month, which may surprise some people. The moderating changes over last year have been punctuated with some competition and price pressure on lower and mid-priced homes while the upper end of the market has softened slightly. Right now pricing is key across all segments as we transition to a more balanced market."

There were a total of 2,510 active listings for sale on the Victoria Real Estate Board Multiple Listing Service® at the end of October 2018, an increase of 31.8 per cent compared to October 2017 but 5.1 per cent fewer than the month previous.

"The market is definitely reacting to the changes in mortgage lending requirements," adds President Kerr. "Lending was made tougher to dampen the market and these measures have certainly had an impact on purchasing power. The threat of the looming Speculation and Vacancy tax has also cooled development in our area, which is unfortunate because the only way to create affordable homes in our area is to build them. We hope that moving forward the municipal, provincial and federal governments will work collaboratively to enable more supply at all levels of housing by funding public / private partnerships to support the increase of home stock in our area. We hope that aside from taxation and mortgage rules, governments will work together to ensure a future supply in our area to stabilize prices in the long term."