An Open House is an event. And, like many events, it’s easy to get caught up in all the excitement and energy. In fact, when you visit an Open House, you might even end up rubbing elbows with other buyers who are there at the same time. It can feel like a party!

In an environment like that, it’s not unusual to forget to ask important questions about the property. Here are some of the most common:

• How old is the roof?
• How old is the furnace, air conditioner and other HVAC equipment?
• How does the price compare to similar properties in the neighbourhood? (You don’t want to make an offer that’s too high.)
• What are the characteristics of the neighbourhood? (Amenities, safety, traffic, access to public transit, property turnover, etc.)
• What doesn’t come with the home? (Ask specifically about kitchen appliances, gas-connected BBQs, chandeliers, window coverings.)
• Are there any potential impediments to the sale? (Tenants, outstanding liens, etc.)
• Are there any outstanding maintenance issues, or repairs that need to be done? (For example, cracked ceramics on the foyer floor.)
• Are there any issues that impact the full use of the property? (Ask specifically about shared driveways or walkways, public “right of way” through the property, water drainage rights from neighbouring homes, etc.)

Yes, an Open House can feel like a frenzy, and if it’s a home you love, you might feel pressured to make an offer. But, it’s important to take the time to ask the right questions and consider your decision carefully. You don’t want to find out, too late, that there were questions you should have asked.

Want more tips on finding the home of your dreams? Call today.

What You Need to Know about “Interest Free” Deals 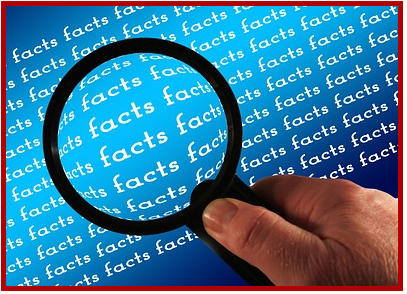 Next to your home and car, home furnishings represent the most expensive product purchases homeowners make. A mid-quality livingroom set, with sofa and two side chairs, can cost thousands of dollars. That’s why most furniture retailers offer “interest free” and “pay much later” deals to soften the blow.

These are basically financing options.

Say, for example, you want to purchase furniture for the rec room. The cost is $7,200. The furniture retailer may offer you a deal where you “don’t pay a cent” for six months. As long as you pay the balance within that time, no interest is charged.

That sounds like a sweet deal. And it is.

But, personal finance experts will advise you to tread carefully. If you pay off the balance within the “no interest” timeframe, you’ll benefit from the sweet deal, by having deferred the payment. However, if you fall behind on payments, you’ll be hit with a high interest charge. It’s often 20% or more. That can add hundreds of dollars to what you would have originally paid for the purchase.

And, even if you paid down most of the balance within the no interest period, you can still get hit hard. Some “no interest” deals charge interest on the original financed amount — not just the remaining balance.

The best advice, according to personal finance experts, is to read the fine print carefully and pay off the balance as promptly as you can.

Posted on March 7, 2018 by Victoria Real Estate Board

“We certainly anticipated that we would see some lower numbers this year compared to last,” says Victoria Real Estate Board President Kyle Kerr. “Right now prospective home buyers are met with many hurdles as they start shopping for their new home. They’re in a market that’s experienced long-term low inventory, which means more price pressure and competition on homes. Buyers are navigating increasing interest rates and the new mortgage stress test. These factors all combine to constrain our market. Like any changes to consumer experience, there is a period of response before consumers adapt to the new rules. We saw an increase in buyers in November and December who bought early to avoid the mortgage stress test, and this likely means less buyers in the current market. However, with continued historical low inventory levels, demand is still outpacing supply.”

“The provincial government recently rolled out its budget, which includes an admirable commitment to spend six billion dollars to build 114,000 units in ten years,” adds President Kerr. “These units will take years to come to market, and it is difficult to predict how many we will see in Victoria. The government needs a long-term approach to supply needs in our area, and that initial commitment is a good start. A reasonable way to bolster their commitment and improve current conditions is for the province to work with our municipalities to reduce the timelines and costs associated with bringing new housing to our market.”