Posted on May 2, 2018 by Victoria Real Estate Board 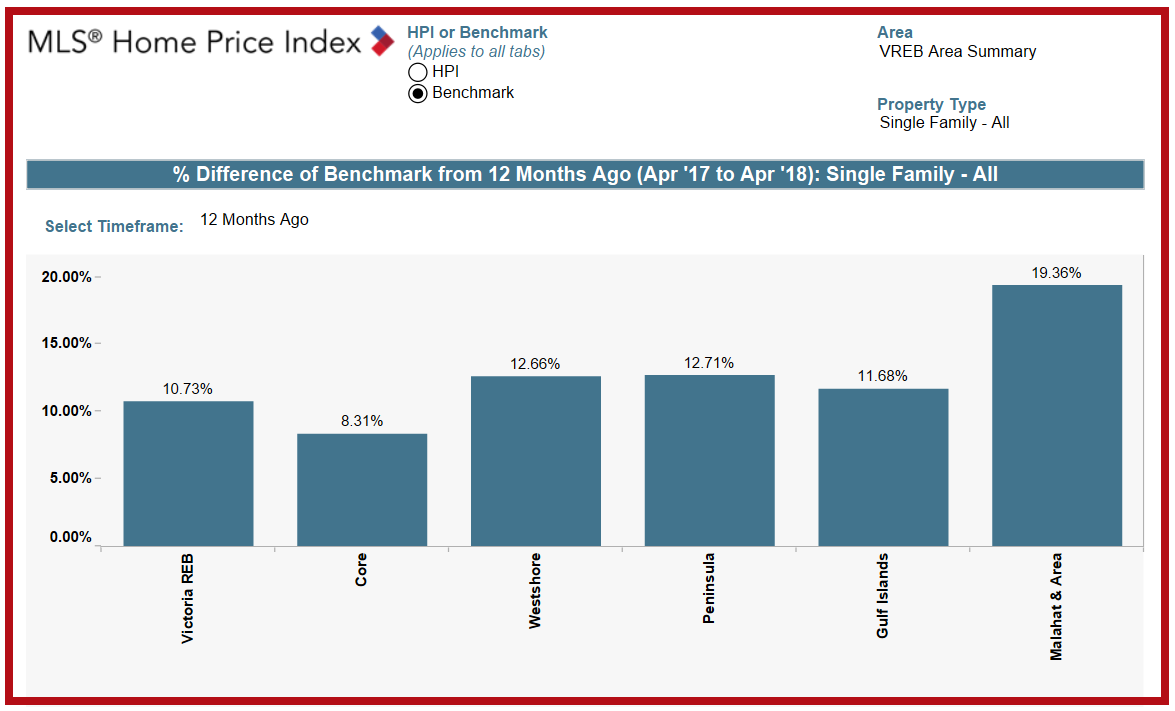 A total of 774 properties sold in the Victoria Real Estate Board region this April, 12.5 per cent fewer than the 885 properties sold in April last year, but a 12.5 per cent increase from the month previous. The sales of condominiums were down 21.6 per cent from last year in April with 225 units sold. Single family homes were 8.1 per cent down from the year previous with 420 sold this April.

“We’re now into the spring real estate market, which is traditionally the busiest time of the year for buying and selling homes,” says Victoria Real Estate Board President Kyle Kerr. “Last year, the months of May and June were the busiest, so we may see this pattern again but on a slightly smaller scale than last year, since our sales for the year thus far are down about 18 per cent when compared to 2017. Although January to March was quite far behind last year’s pace, we may see that margin get smaller as we progress through the spring months and people adjust to the new mortgage qualifying rules.”

“We continue to see low inventory in our market, and good homes in desirable locations are still seeing multiple bids,” adds President Kerr. “One interesting development we are tracking is the increase of prices in a market of fewer sales. Part of the reason for this is that there is strong pressure on lower-priced properties. After the new mortgage rule changes this year, many consumers have seen a reduction in their buying power, so more are competing for lower-priced properties and in multiple offer situations, pricing is pushed up. Our area just doesn’t have the supply or mix of homes needed to meet the demand. We are working with government at all levels to identify ways to meet this demand in the CRD.”