Posted on May 3, 2017 by Victoria Real Estate Board 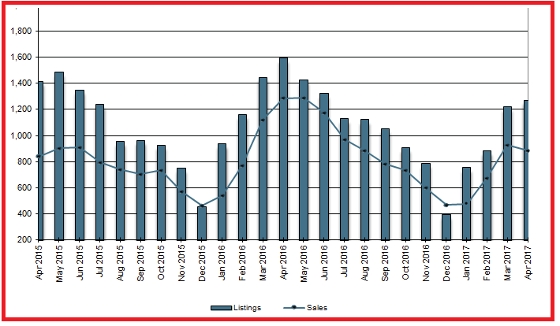 May 1, 2017 - “The numbers we saw in April are a further indication that the market is gradually moving towards a more balanced state compared to the record setting pace of 2016.” says 2017 Board President Ara Balabanian.

“We are starting to see hints of a more traditional spring market. Local agricultural production has been delayed due to the late spring, and so has the local real estate market,” adds President Balabanian, “More sellers listed their homes for sale over the month of April compared to the month previous.”

“Inventory is still low, which means that buyers may encounter multiple offer situations in some of the high demand areas - there is still more demand than supply,” adds President Balabanian.